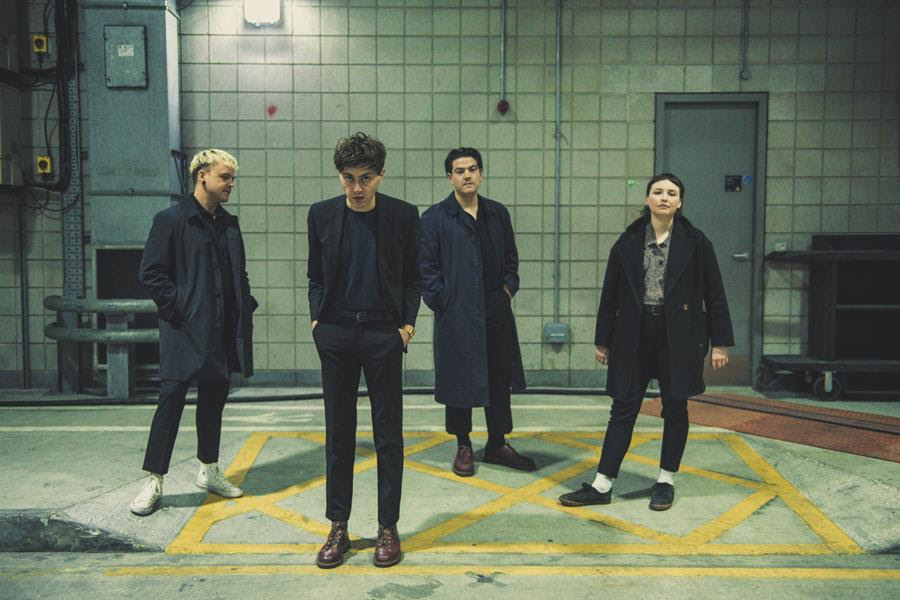 Today, Hull’s LIFE continue their rapid upward trajectory with the announcement of their new single ‘Switching On’. Honing in on a more exploratory sound, ‘Switching On’ sees LIFE incorporate future-facing elements of electronic instrumentation with more experimental and brooding guitar/bass work, whilst reflective lyrics look back over the band’s journey together and what is yet to come.The single is also accompanied by a new video, which has been directed and produced by the band with the help of local filmmaker Josh Moore (who has also collaborated with the band on all of their recent videos). The video channels Wes Anderson-esque colour palettes and symmetrical shots, combining frenetic lighting with dating style video monologues from houseplants trying to find love. Speaking on the single, frontman Mez Green says, “After completing ‘A Picture of Good Health’ I felt like I belonged in the world, lyrically painting over the bone-eating demons, I wanted to express why this was. I wanted to scratch it out like people do on woodland trees or moorland rocks. It was love; I found love. ‘Switching On’ is my lyrical attempt of charting that journey; the initial giddy, nervous and pinch-me moments, the wanting to be accepted, the lust and the incredible feeling of finding that person and falling in love. The band wanted to be open to all aspects of musicality so that the lyrics were given an aural heart.  We wanted to be brave, bold and exciting as we evolve our sound and rhythms by bringing in elements of synths, pads, machines and pure bass and guitar experimentation. ‘Switching On’ is a nod to where we want to be and where we are going; the future.” 2019 was an incendiary year for the band, which saw them release their critically acclaimed second album ‘A Picture Of Good Health’, earning plaudits from the likes of BBC Radio 6 Music (4 playlisted singles + Album Of the Day) and BBC Radio 1 (Jack Saunder’s Album Of The Weekend) as well as being selected as Liz Kershaw’s Album Of The Year on BBC 6 Music. Similarly, the album has received high praise from a number of major publications as well as featuring in end of year lists from the likes of the Guardian, Dork and more. The new single also follows the recent announcement of a new run of tour dates to take place across the UK in April 2020. The dates come on the heels of the band’s recent arena tour as main support for Kaiser Chiefs and also follows on from their own packed-out UK/EU headline tour and unforgettable album launch in a Camden kebab shop. Alongside the new UK tour dates the band have also just played a short string of French shows - where they also made a big impact over the last year, recently appearing on national TV alongside Primal Scream and IDLES for Jenny Beth’s new TV show ECHOES - and will return for further live dates in late-April. Elsewhere, LIFE will be playing at New Colossus Festival in New York later this week – they will play both the launch party and will support A Place To Bury Strangers at Brooklyn’s Bowery Ballroom – before heading to Austin to play a number of shows, despite the recent cancellation of SXSW. March13 March - New Colossus @ Bowery Ballroom w/ A Place To Bury Strangers, New York City 14 March - New Colossus @ Berlin w/ DIY Magazine, New York 17 – 21 March – Austin, Texas 22 March - Three Links 2, Dallas April11 April – Stockton Calling 12 April – Manchester – Deaf Institute 13 April – Edinburgh – Sneaky Pete’s 14 April – Nottingham – Bodega 16 April – London – Lafyette 17 April – Sheffield – Academy 3 18 April – Hull – Welly 19 April – Birmingham – Academy 3 20 April – Bristol – Rough Trade 22 April – France, Paris – Le Badaboum 23 April – France, Bourges – Le Printemps de BourgesMay10 May – Blue Shell, Cologne, Germany 11 May – Cassiopeia, Berlin, Germany 12 May – Sputnik Cafe, Munster, Germany 13 May – Kranhalle, Munich, Germany 14 May – Mallorca Live Festival, Mallorca 15 May – Blah Blah, Turin, Italy 16 May – Colorificio Kroen, Verona, Italy 19 May – Haafenklang, Hamburg, Germany 21 May – Merleyn, Nijmegen, Netherlands 22 May – ACU, Utrecht, Netherlands 23 May – Sniester Festival, Den Haag, Netherlands 24 May – V11, Rotterdam, Netherlands Produced by Luke Smith (Foals) and mixed by Claudius Mittendorfer (Parquet Courts), LIFE’s new album sees the band home in on a bigger and more focused sound whilst also channelling the lyrical content inwards. Whereas the band’s debut album ‘Popular Music’ was broadly political, the new album takes a more personal approach with beguilingly honest and brave lyrics that are bold in both sound and feeling, whilst also retaining the core DNA of their previous material. Speaking about the album Mez goes on to say “A Picture of Good Health is not a collage of work but rather a snapshot of time; our time and the time of those around us. It’s political, but in a personal way. It’s a body of work that explores and examines the band's inner selves through a precise period; a period that has brought pain, loneliness, blood, guts, single parenthood, depression and the need for survival and love. It is the sense and need for belonging that is the resounding end note!” Full bio available HERE ‘A Picture Of Good Health’ is out now on band's own label 'Afghan Moon' & [PIAS]. Order the album HERE 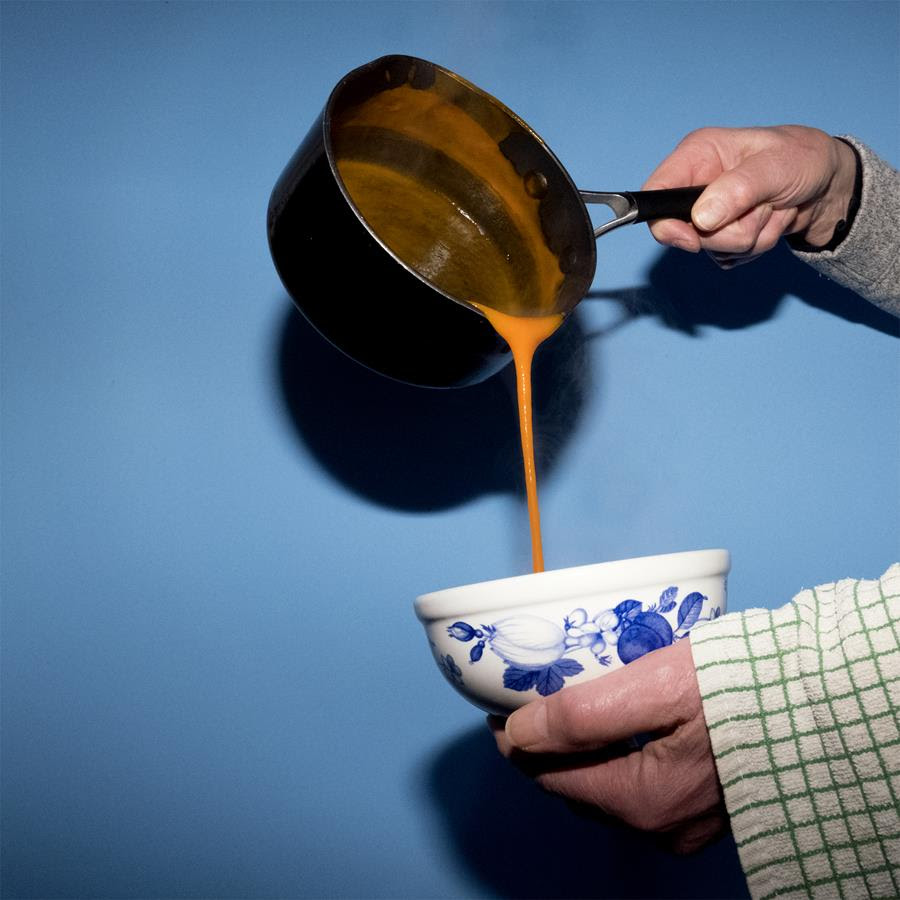 Selected praise for LIFE: “a punk-funk group from Hull whose provenance defines them and whose singer moves with itchy energy and plunges himself into the crowd at every opportunity.” – NME “this record is indispensable” – DIY (4.5/5) “a stand-out record” – The Line Of Best Fit (8.5/10) “tightly wound guitars and lyrical zingers combine for maximum '80s Peel session effect” – MOJO (4/5) "This raging, unrelenting dose of sonic chaos is a thunderous reminder of why guitar music is mankind's greatest creation" – Dork (4/5) "It's the album the Hull punks deserve" – Upset (4/5)“One of the only saving graces of the omnishambles of a time we live in is the emergence of bands that have something to be genuinely angry about. Few bands better epitomise that than LIFE” – NARC (4.5/5) “It’s a ripper, as the shrill synth-tone guitar that accents the high-end vocals somehow also serves as a stand-in down beat.”  – Stereogum “If this is your first introduction to LIFE, then you've been missing out on this band for a while. “ – Earmilk “Brilliant”  – The Guardian 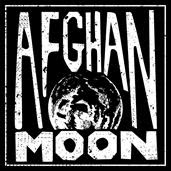